The History of the National Athletic Trainers’ Association Annual Meeting

Later this month the 67th annual National Athletic Trainers’ Association (NATA) Clinical Symposia and Expo. will be held in Baltimore, MD.  During this event more than 10,000 Athletic Trainers will gather to attend educational presentations on best practices in Athletic Training, reconnect with past colleagues and educators, network with other health care professionals, and see the newest technologies within the profession.  The Annual NATA Symposia is also a great place for Athletic Trainers to re-energize and restore the motivation and drive that leads to having a successful professional career.
The profession of Athletic Training had several attempts over the years to organize and establish an annual meeting for individuals who provided care for athletes.  The idea was to get these individuals together to discuss ideas to best care for injured athletes and to make sports safer.  The first attempt occurred when the Association of College Track and Field Coaches and Trainers formed in Philadelphia in June, 1918.  World War I was taking place and it was decided that time and resources should go towards the war effort, so the organization was postponed.  In 1938, at the Drake Relays in Iowa the original National Athletic Trainers’ Association formed.  Timing of this organization was not great, either.  The Great Depression was still ongoing and World War II was about to begin.  This organization eventually failed.
The first NATA Symposia as we know it today was organized by the help of Kevin Cramer and the Cramer Chemical Company and was held June 24-25, 1950 in Kansas City, MO.  A total of 258 Athletic Trainers, coaches, administrators, and physicians registered for the event.  The event was a success and it has continued to grow in content and number of attendees almost every year since.  If you are an Athletic Trainer I highly recommend attending the Annual Meeting when you have the opportunity. 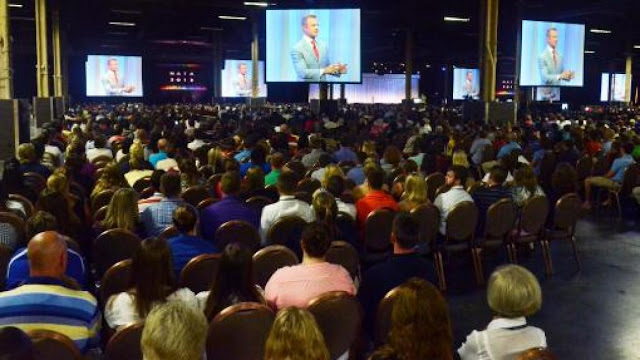